Organ, Eye And Tissue Donors From Northeast Ohio Saved More Lives In 2017 Than Ever Before 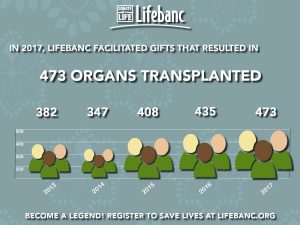 tissue donors in 2017. One tissue donor can impact the lives of up to 50 people. Donated tissue is used to save the lives of burn victims, replace faulty heart valves, replace damaged ligaments and bones, and in hosts of other surgeries. Donated corneas restore sight to the blind.

In all, the donations of Northeast Ohioans have the potential to impact over 39,000 people in need.

Organ, eye and tissue donation in Northeast Ohio in 2017

Organs Recovered by Lifebanc in 2017

“418 people were alive to see the calendar roll into 2018 because of the heroic gifts of organ donors in our community last year,” said Gordon Bowen, CEO, Lifebanc. “Thousands more received the saving and healing power of donated tissue and corneas. Our team at Lifebanc was honored to play our role in facilitating the gifts of those who made the decision to donate. If it was not for their selfless and caring act, 418 people would still be fighting to stay alive or may have lost their battle. The impact of organ, eye and tissue donors is exponential. Recipients will wed, have children, and do amazing things in this world all because they were given a second chance at life by an organ, eye and tissue donor.”

“There are still thousands waiting for an organ here in Ohio and over 100,000 waiting nationwide. We will continue to work towards a future when everyone waiting receives the transplant they need,” said Bowen.

2017 represented the fourth consecutive year that organ, eye and tissue donation increased in Northeast Ohio. However, there are still 115,249 people in the United States waiting for a life-saving organ transplant, and an average of 22 people die each day because the organ they need is not available. 3,049 people are waiting in Ohio, and 1,650 people are in need of an organ in Northeast Ohio. One organ donor could save the lives of as many as eight people. The national organ shortage could be greatly improved, and thousands of lives could be saved, if more people registered their wishes to be an organ, eye and tissue donor. Registering is simple and easy and can be done at www.Lifebanc.org/MoreLife.

A little girl who overcame more than most grown-ups. See Tessa's Story 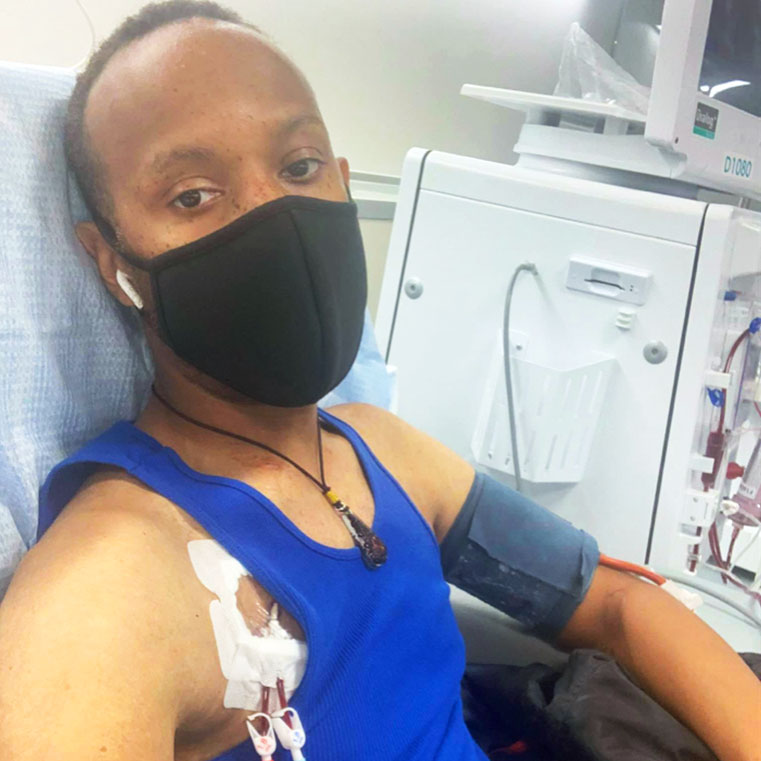 Patiently waiting for the gift of a kidney to save his life. See Roy Allen's Story